Music and I are not-so-secret lovers. As a birthday gift, I spent Saturday of Labor Day weekend at North Coast Music Festival with a festive group of amigos.

We started off the day with obligatory flash tats:

They were left over from Lollapalooza which meant the pickings were slim. Clearly, saved the best for last.

First on the line-up, SILENT DISCO! This was new to me. Everyone puts on headphones which toggle between two DJs and jam out! Always fun guessing who’s listening to what. 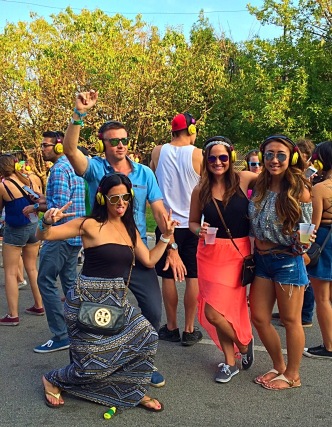 The festivities were just beginning. We restocked on bevies and food and headed over to Chromeo.

As the lights began to dim, we parked it in the VIP area to watch the headliners –  Porter Robinson & Steve Aoki.

Once upon a EDM Orlando, Momma K and I were pumped to see Porter play and realized 95% of the way through the concert…we were at the wrong stage. Oops! Needless to say, he’s still awesome 3 years later and super happy we caught his set.

Even though I’ve seen Aoki before at Northwestern, his show always takes the CAKE. 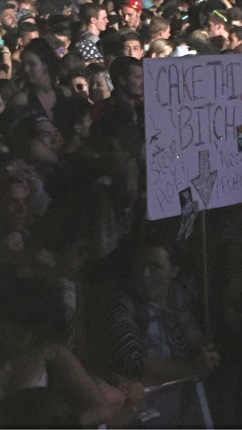 This girl got caked pretty good.

This girl did not get caked but still very happy.

Our motto this year: All about the Net New. Piece Pizza* is definitely at the top of my Chicago restaurant que. After a long day of drinking of dancing, couldn’t imagine a better way to end the night than with a huge slice (or two) of NY style pizza so that’s exactly what happened:

*In full disclosure, it was excellent but doesn’t even come close when compared to street pizza in NYC. Go get yourself a slice of $2 pizza at a random joint in Midtown or West Village, and you’ll see what I mean.

Ending the Summer with a bang!